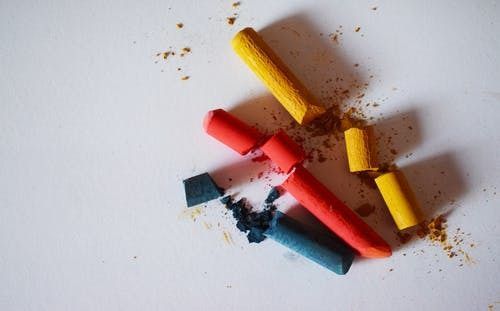 "Anyone who lives in her own world is crazy.  Like schizophrenics, psychopaths, maniacs.  I mean people who are different from others." --Paulo Coelho, Veronika Decide Morir - Tapa Azul

"Calling it lunacy makes it easier to explain away the things we don't understand." --Megan Chance, The Spiritualist

"There's a lot of crazy, weird people out there.  It's an ugly world." --Ben Affleck

The earliest known iteration of the word, "crazy," came in the 1570's when it was taken to mean "diseased, sickly."

It then, a decade later, transformed into something "broken, impaired, full of cracks or flaws," and was almost exclusively used to describe objects, like "that crazy house."

Around the 1610's, it, essentially, maintained a similar meaning and adjusted to now describe a person who is "deranged, demented, of unsound mind or behaving as so."

Despite the evolution of the word in recent times to include more positive connotations, ie "crazy good," it is still used, quite frequently, to refer to somebody who is full of cracks or flaws. Somebody living with mental illness, for example.

The 1600's saw the creation of mass asylums as a solution to the problem of a large number of individuals experiencing homelessness because society shamed and ostracized them for their presentation of a mental illness.  "Crazy" was the word used to describe anybody thrown into these inhumane living conditions.

Defining individuals living with mental illness as "crazy," provided the "normal" people of society the luxury of otherizing them to the point of seeing them as non-humans.  Remember, until the 1600's, the word was used exclusively to describe objects, not people.  By defining individuals living with mental illness with the same word used to describe broken objects, society created one more separation between the "normals" and the "crazies" and perpetuated the de-humanization process.

The purpose of this blog is not to eradicate "crazy" from everybody's vocabulary.  Its purpose is to urge you to use the word with mindfulness and intentionality with awareness of its long, oppressive history.

Montell, A. (2018, May 1).  A Brief Yet Fascinating History of the Word "Crazy".  Retrieved from https://thethirty.whowhatwear.com/etymology-crazy-sexist-words